No family can truly develop unless their children are educated. Temitope Solomon Ehinmisan was the physical representation of struggle.

His shoes were falling apart, the collar of his shirt was worn out and torn, and he had an aura of hopelessness about him.

It was on Sunday January 12, 2020 while I was on my way to the launch of CAREEREGDE INSTITUTE in Akure, Ondo State, Nigeria when I met him at the bus park. Our bus was missing one passenger and we were late, when I spotted this young man standing dejectedly at the side of the road with his rusty suitcase in one hand.

I called him to board our bus and be our last passenger but he refused, claiming that the bus fare was 2,500 Naira ($7) and he only had 2,300 Naira ($6). He said he had tried to convince the driver earlier but the driver had insisted on his fixed amount.

I paid the rest of his bus fare and got him to sit by me. I learned that Temitope is a 300-level student studying medicine at the university of Benin. 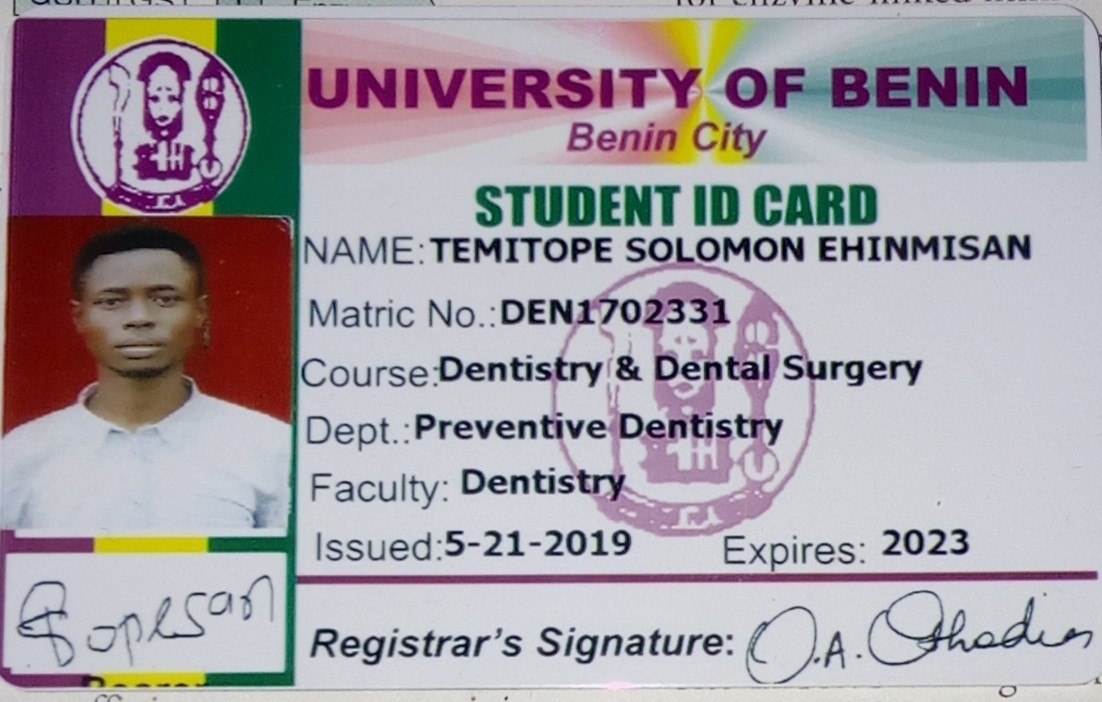 He informed me that he has had no support whatsoever for a long time since the death of his mother and has been striving without cease to make money for his upkeep.

What got to me most about his story was that he claimed to have been in his final year of study in Biochemistry at the University of Port Harcourt when he decided he was not going to push his dream into a corner and decided to rewrite his JAMB exams to study medicine instead. He was constantly on the move from Benin to Port Harcourt to complete his first degree, but hasn’t received his degree certificate yet due to lack of money. 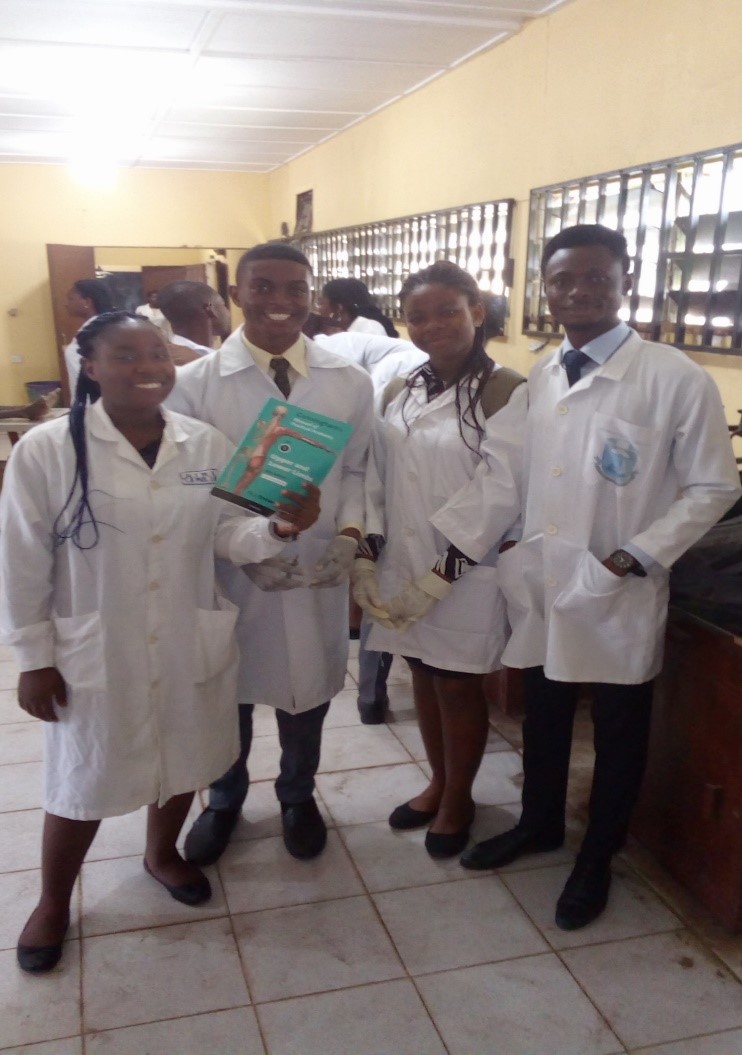 TEMITOPE SOLOMON EHINMISAN (RIGHT) WITH COURSEMATES AT UNIVERSITY OF BENIN

I was moved by his determination to fulfill his dream even in such an unfavorable condition. That is why I have come to you with this appeal.

I am appealing to the public to raise 100,000 Naira ($277) for his rent, School fees and daily necessities. I also request that 10 people  donate 2000 Naira ($6) every month for his upkeep. This would mean the world to Temitope and would help him greatly.

If you wish to donate to support Temitope under the BMAN Low Income Families Education (L.I.F.E) Support, please send donation to 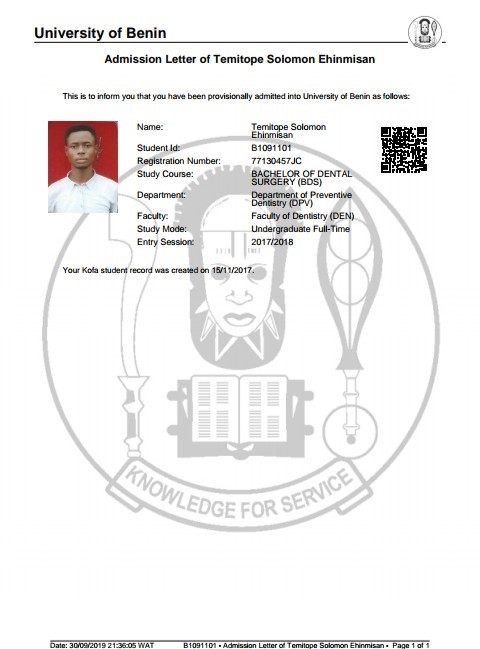 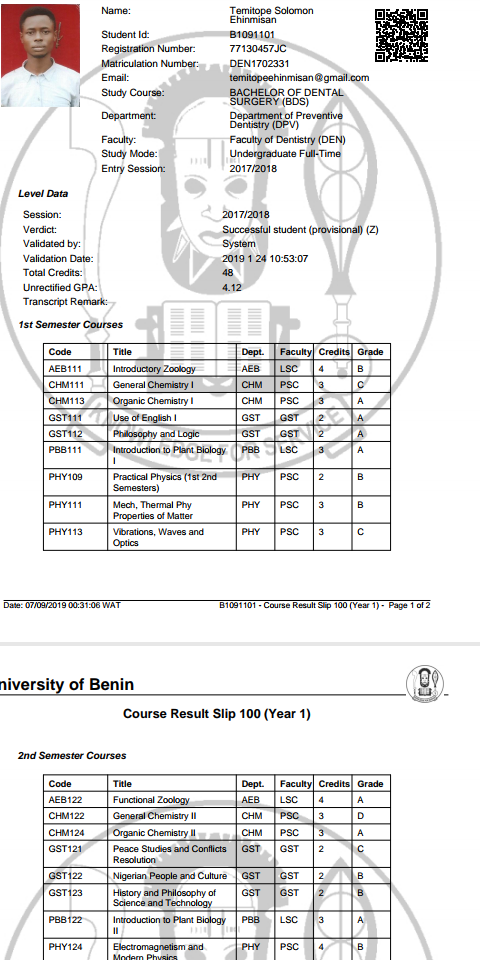 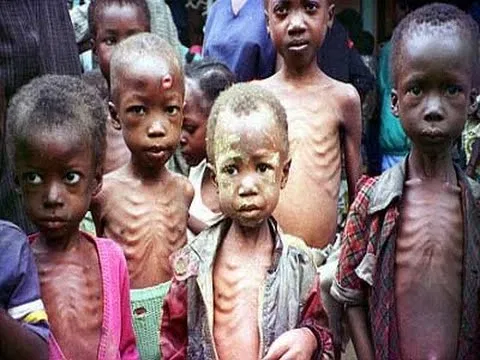 Is hunger a natural disaster, political problem or societal problem?
I Recommend Beyond Limits Book To All Parents And Support Network of Every Individual Living With Autism –Dotun Akande
WORLD DAY OF THE BOY CHILD 16 MAY 2020
This website uses cookies to improve your experience. We'll assume you're ok with this, but you can opt-out if you wish.AcceptReject
Privacy & Cookies Policy
Necessary Always Enabled